DISCOVER OUR INSPIRATION
Takashi Amano, is the founder of Nature Aquariums. His career encompasses a wide range of activities as an aquascape creator, the CEO of Aqua Design Amano Co., Ltd. and an ecology and landscape photographer, born in Niigata, Japan in 1954. Since 1975, Amano has visited tropical rainforests in Amazon, Borneo and West Africa and pristine forests in Japan, and he worked on a series of photographs focusing on "untouched nature" with his large-format cameras. He captured minute details of nature found at site on extra large size films (up to 8x20 inches). His works have been made famous internationally through several exhibitions and publications. 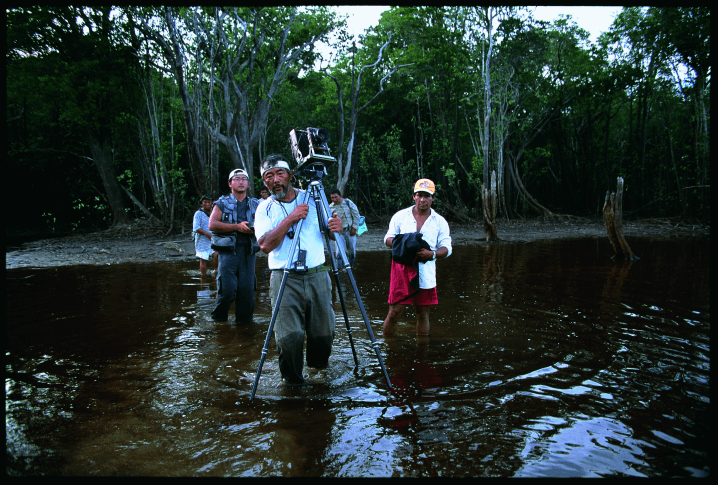 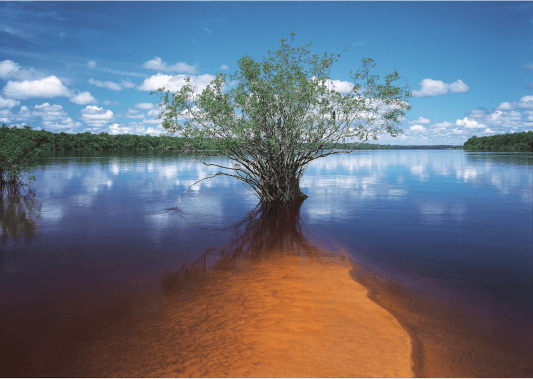 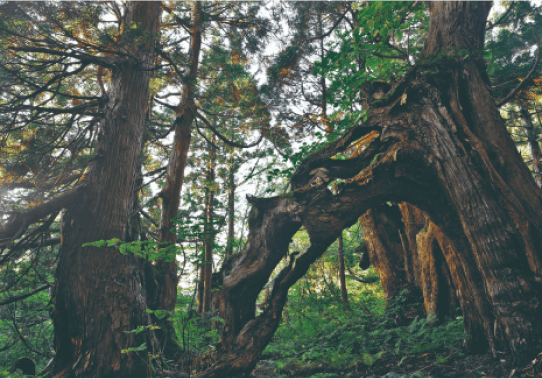 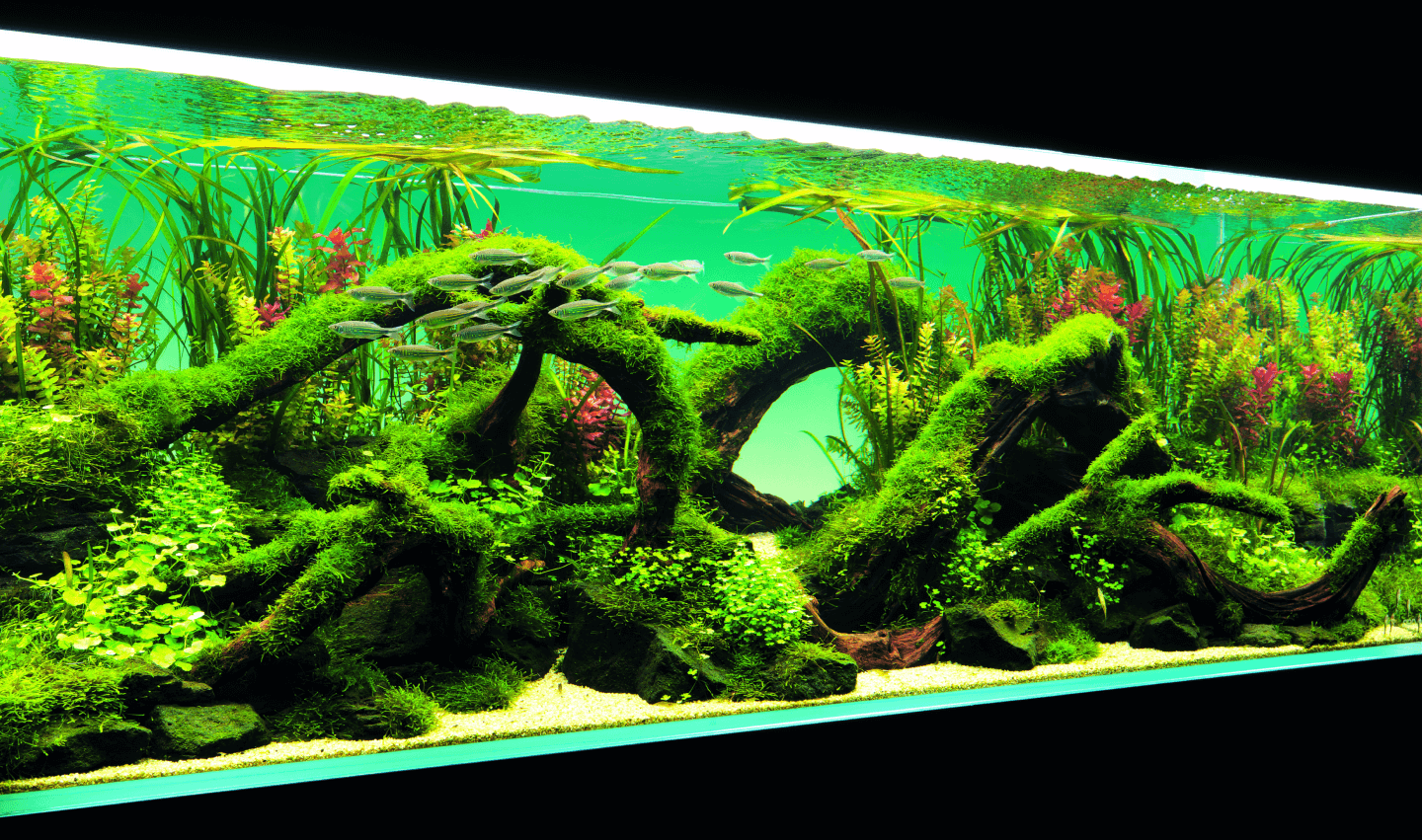 Nature Aquarium recreates an ecosystem that is found in nature by growing aquatic plants. To make this a  favourable environment within an aquarium, we introduce fauna, such as fish, shrimp together with the plants. It is a unique world created by the marriage of beauty with nature and a harmonious environment. A beautiful aquascape where healthy grown aquatic plants thrive and colourful tropical fish swim, soothes our mind. 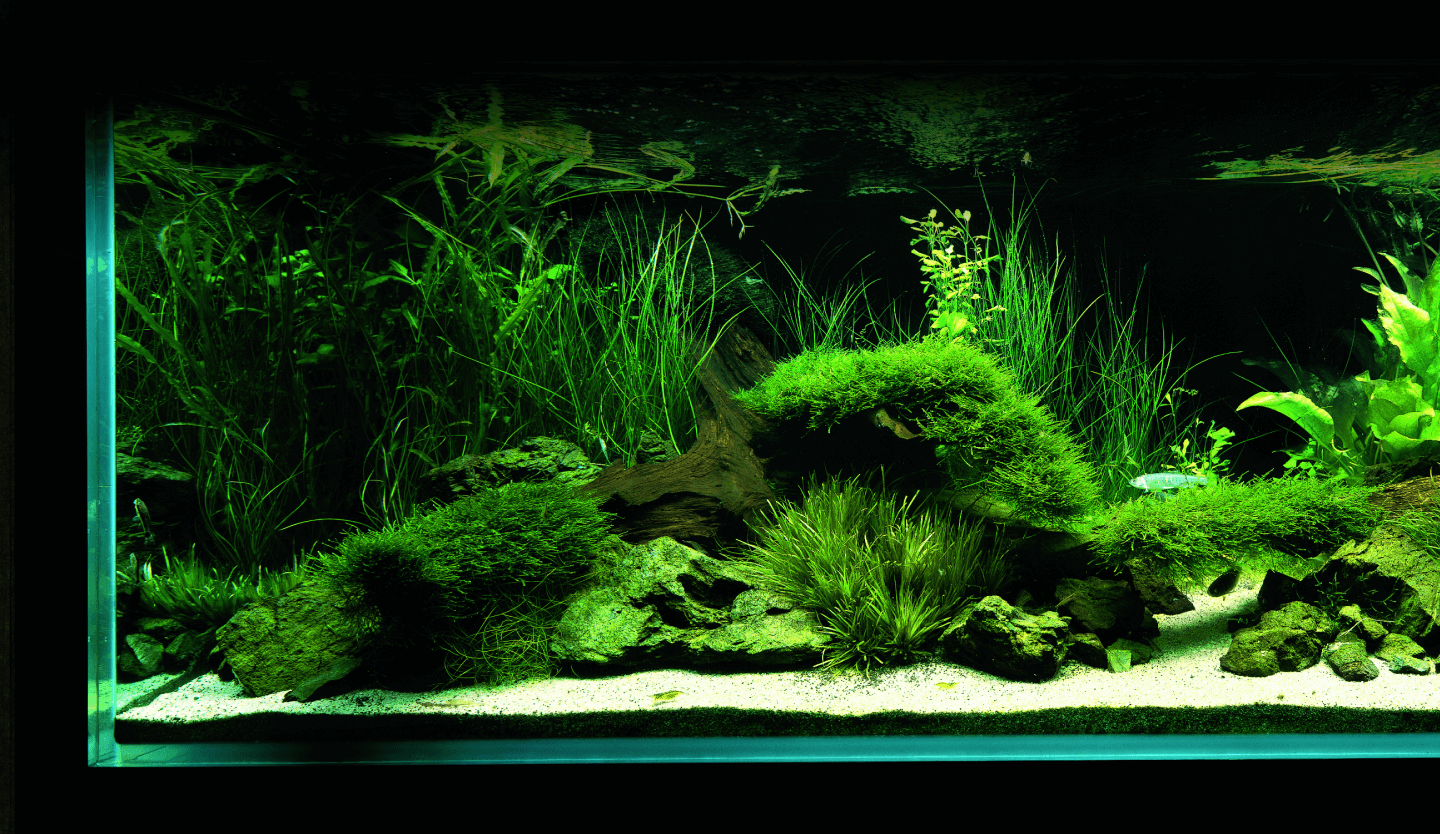 The origin of Nature Aquarium creation is nothing but re-creating Nature. The amazonian tropical rainforest with its large rivers, lush greenery, and rich flora and fauna such as tropical fish are one of the inspirations for the origin of the Nature Aquarium. During the rainy season, the Amazon’s endless tropical rainforests are submerged by swollen rivers, which seamlessly shelter an enormous diversity of life.
Since its inception in 1982, Aqua Design Amano (ADA) has been developing products for achieving beautiful Nature Aquarium layouts under the concept of “Learn from Nature”. With the aim of creating harmony between nature and human life. 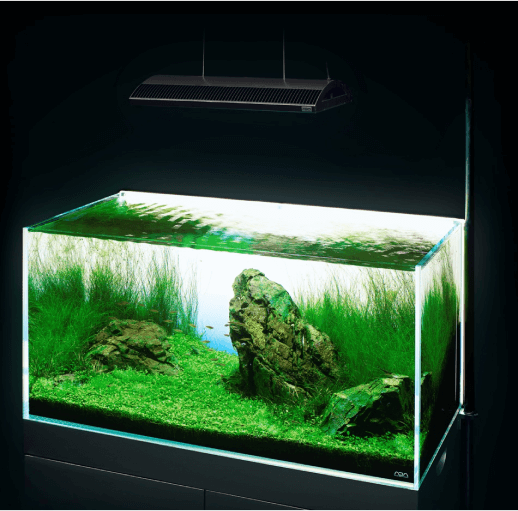 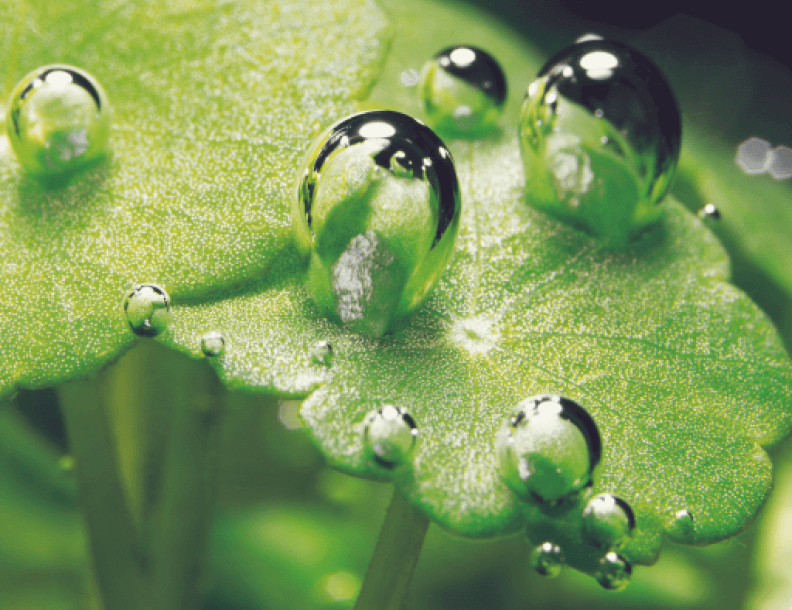 Takashi Amano pioneered the concept of introducing Carbon dioxide (CO2) into aquariums. Injecting CO2 into an aquarium made it possible to grow aquatic plants in an aquarium, which was so difficult to do until then. The appearance of some plants adorned with air bubbles formed from healthy photosynthesis captivated many people.
THE ART OF IWAGUMI

The Iwagumi layout is one of the most challenging aquascaping styles out there. Developed around 30 years ago by Takashi Amano, this type of aquascape represents not just a minimalist layout, it also reflects the Japanese culture of spirituality, and love for simplistic beauty. 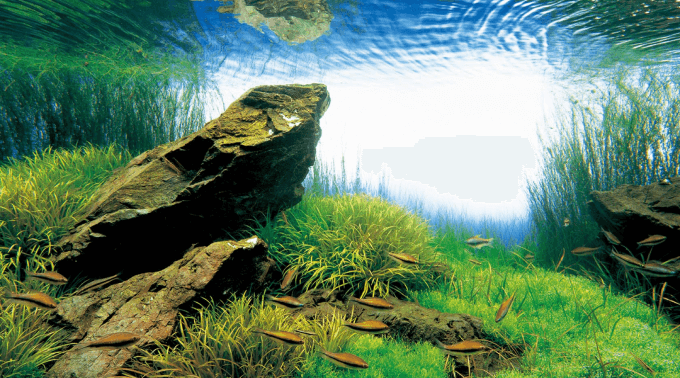 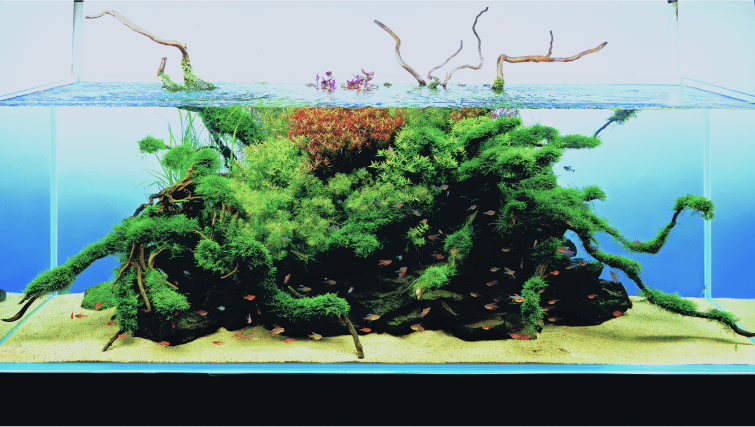 Building an Iwagumi layout quickly and spontaneously will add energy to the layout. To master the art of creating iwagumi style layouts, one must be very observant of various natural stone formations and practice recreating them as many times as possible. 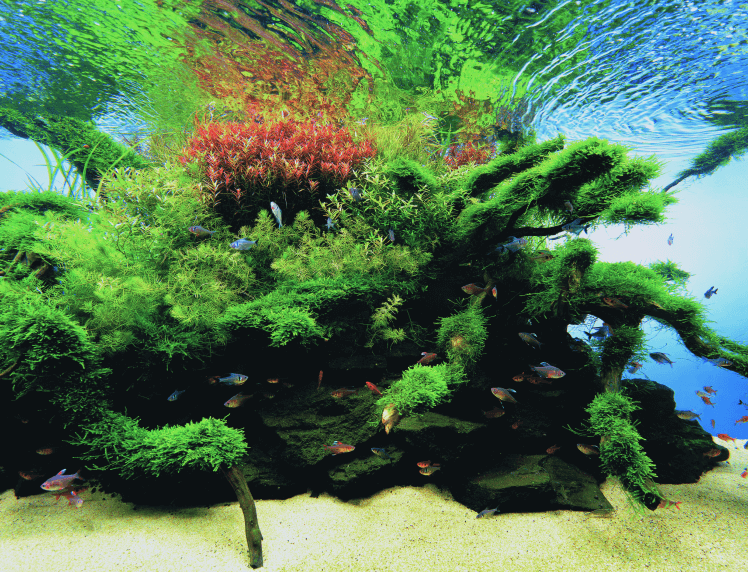 still water aquatics
Founded in 2004, is a leading Aquatic Eco-System (Aquarium and Pond) design, consulting and commissioning company based out of Bangalore, India. We are leading experts in Nature Aquariums, luxury aquarium designs, Koi and lily ponds installation and maintenance. 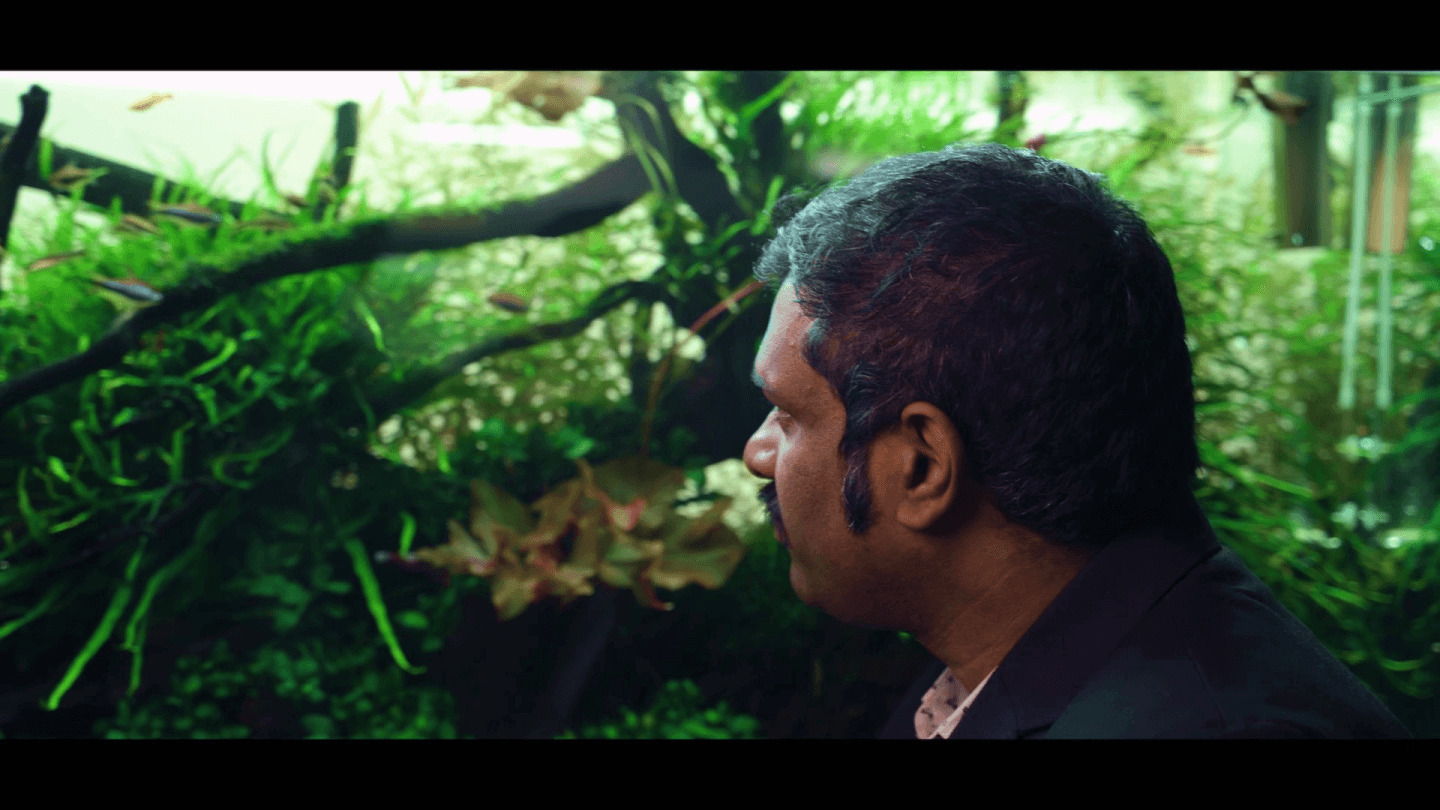 At Still Water Aquatics, one can find abundance of knowledge, expertise, network and quality oriented delivery commitments. We have created and set very high standards in India’s Aquarium industry with our highly successful product and service offerings in association with Aqua Design Amano co. ltd (ADA), Japan.
CAPTURE
DRAMATIC LANDSCAPES
IN YOUR SPACE 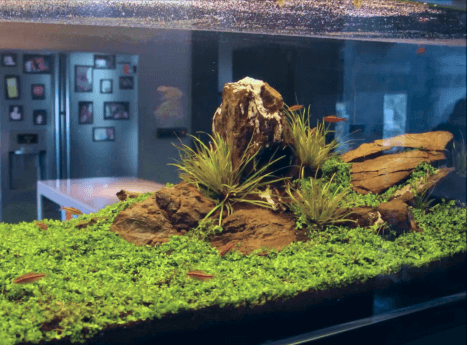 Still Water Aquatics is the sole distributor for ADA products in India, Bangladesh, Nepal, Srilanka and Maldives. Our understanding of design and aesthetics enables us to translate a client’s dream into an exotic living and ever-changing artwork.

We provide our customers with an ideal solution with ease of maintenance.
It takes a lot of creative vision determination and patience to craft a beautiful aquascape, along with the capacity to work along with nature to see it through till the end, ultimately achieving the desired result. 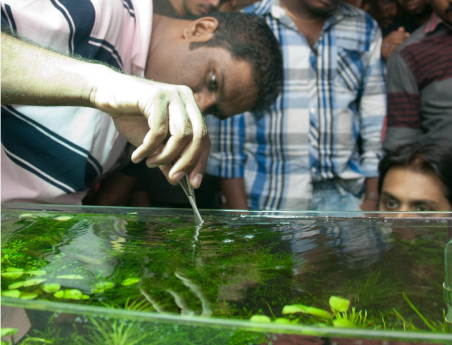 Learn to create awe inspiring aquascapes. As a nature aquascaper you possess the power to not just conserve our environment but also express your love for all of nature that surrounds us. A marriage of science and art, nature aquariums never fail to captivate and immerse you.
craft beauty
The ADA School of Aquascaping - The first of its kind in the world, brought to you by the premier in Nature Aquariums and aquarium products.
discover more